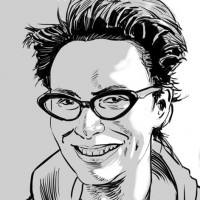 Playwright, director and screenplay writer. Monika Powalisz graduated from the Polish Department of the Łódź University and from the Faculty of Drama Directing of the Theatre Academy in Warsaw. She is the author of scenarios for comic strips: "The Last Concert" (the main prize in the competition for the best comic book about the Warsaw Uprising), "Ajewski's Coat", "Fox Tail", "Who's Next to Me?" and "Golden Bees".

Jacek Michalski is in the forefront of the Polish comic strip authors and the co-founder of the Polish Comic Strip Studio and The Lark magazine. He is also an author of over a dozen book covers, winner of competitions and participant in numerous exhibitions of comic arts. He also cooperated, among others, with such magazines as "Fenix", "Comic Book Time", "AQQ" and "Sphere". He also authored or co-authored such comic albums as "Solidarity – 25 years. The Hope of Ordinary People", "Poznań 1956 Protests", "1981: Wujek Mine, 1/11 = Independence", "Katyń 1940. Crime in the Inhuman Land", "Independent Poland 650 m Underground". 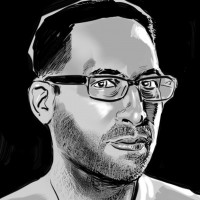 Comic art theorist and film expert, co-owner of the Culture of the Angry publishing house issuing comic books since 2000. Graduate of film studies at the Jagiellonian University in Kraków. Szymon Holcman has been cooperating with the Gutek Film company for over 10 years.